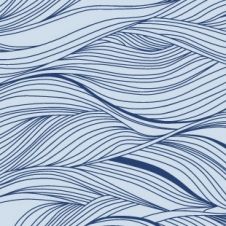 Water is the origin of life !

Scientists have estimated that water occupies 70.7% of the earth’s surface in the form of five oceans and their various seas, bays and straits.  Water is life, and life began in seawater.

Although the curative effects of seawater have been recognised since ancient times in the form of seawater cures and spas, its use for therapeutic purposes was experience-based only until the end of the 20th century.

The regenerative and re-mineralising properties of seawater make it a particularly interesting ingredient to work with.

The ideal structure and composition for skin

Interest in seawater flourished in the 20th century when a French biologist, René Quinton, finally demonstrated that it was similar in composition to the main liquids contained in human organisms. During his research René Quinton also developed the theory that seawater is now three and a half times as concentrated as that present at the origin of life. This original seawater is considered as possessing the optimum level of salinity for cell activity. Quinton developed the use of seawater modified to the same degree of salinity as human cells (isotonic salinity).

First of all, we need to know what skin is made of and how its cells live.

Skin is made of several cell layers which together form the outermost protection of the body. The three layers are:

Each of the layers is composed of cells with a predefined function. The cells are composed of a plasma membrane which contains cytoplasm, a water-based solution containing the bio-molecules needed by the cell.

This means that the optimum concentration, adapted to our cellular environment, is necessary in order for the cells of the three skin layers to function correctly.

Three types of cellular environment can be distinguished:

An isotonic environment is most beneficial and least disruptive to the organism. The cells recognise a similar concentration and take the minerals and trace elements they require to function correctly.

A hypertonic environment, on the other hand, would overload cells and could even risk damaging them.

A hypotonic environment would absorb electrolytic elements from the body cells and leaved them deficient.

There was every reason to believe, therefore, that if the use of seawater was beneficial internally, it would be equally valuable applied externally, and so cosmetics using seawater were born.

Seawater contains no less than 99 trace elements and minerals that can be assimilated by our organism because they are present in similar quantities to that of our natural extracellular medium. As the absorption of minerals is hindered unless trace elements are present, they can be considered as complementary. The specific mineral composition of strengthens the cutaneous barrier, one example being that of the magnesium found in seawater which contributes to the electrolyte balance and normal protein synthesis. In this way the skin is soothed and protected.

The isotonic seawater is produced under the highest pharmaceutical conditions (GMP).  Whether for use in our cosmetics or in nutritional supplements, the seawater is stable and safe.

The seawater used in our cosmetic products has undergone a triple microfiltration and cold sterilisation to eliminate endotoxins (toxins given off in small quantities when the cell membrane is dissolved) and microcystins (bacterial toxins).

Oxidizing agents, or free radicals, are chemical compounds lacking one ion, which can disrupt normal cell activity when present in great numbers. They are particularly responsible for aging skin and although free radicals are naturally present they can be intensified by external agents such as pollution and diet.

Free radicals can also be formed when certain molecular links are broken during heat treatments. The cold sterilisation process used on our seawater is carried out in conditions that preserve these molecular links.

Non-emulsified seawater is highly reactive, and in particular, to its container.

René Quinton himself noticed this instability, and would have welcomed modern sterilisation technology and glass making processes that allow seawater to remain inert.

“After sterilisation by autoclave in ordinary glass, the water becomes white and milky.”

The quality of glass has improved continually and in particular glass for pharmaceutical uses.

Borosilicate glass was produced in 1983 and used to create Pyrex in 1915, by which time glass for injectable products had been developed. There are now three qualities of laboratory-standard glassware (Types I, II and III), of which Type I is the most neutral.

The seawater used in our creams is packaged using a Type I stable glass which does not discolour and is heat resistant. Regular tests show that seawater does not affect this container and leave traces of no heavy metals or lead. This particular quality is very important to us in ensuring the very best results for your skin. 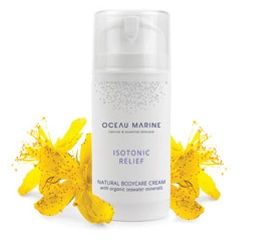 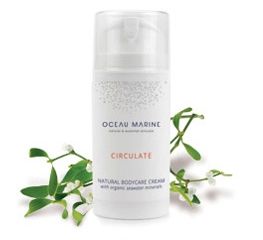 This care product with mistletoe has been specially designed for treatment of varicose veins and unsightly veins. 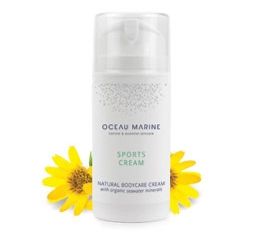 Cream for warming up or relaxing muscles before or after sport.

Know more Out of stock 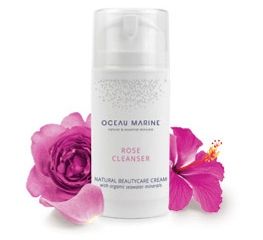 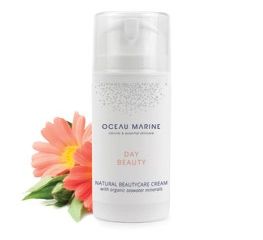 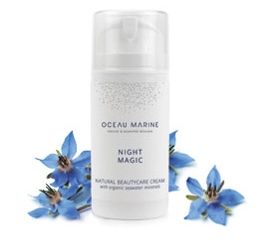 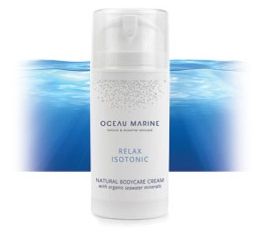 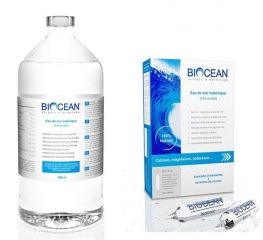 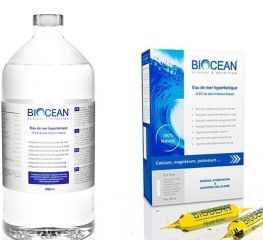